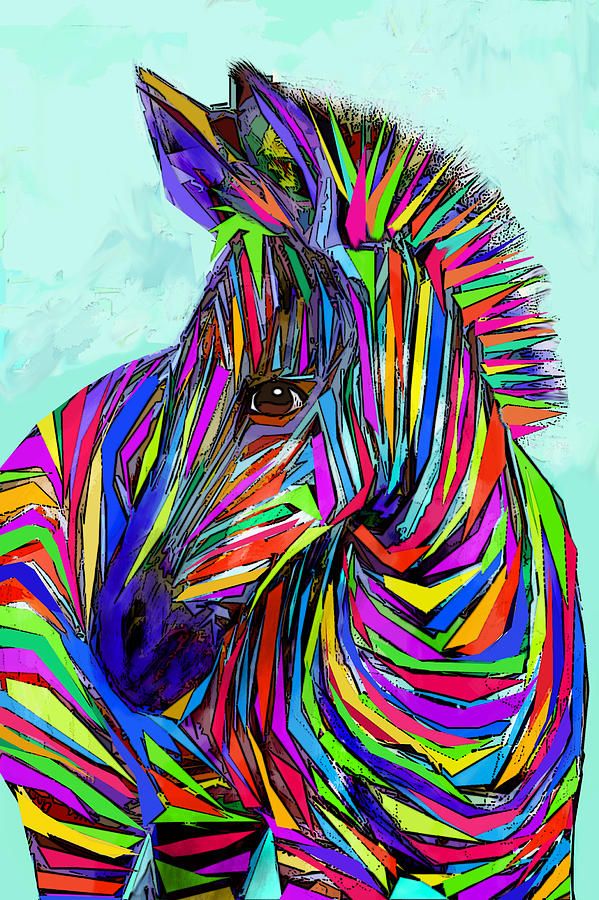 Christian 8 x 10 nursery print- Bible verse- This is the day that the lord has made- Psalm 118 24- Baptism gift- bright nursery art. Description from pinterest.com. I searched for this on bing.com/images

If you have ever watched The ABC sitcom “Freddie” and ABC’s “Extreme Makeover Home Edition”, you may have already viewed some of Rodney White’s phenomenal art pieces. Once in a while something so unique, eye-catching and visually pleasing comes along that it just really grabs you. This is the case with the winning combination of color, rustic style, and timely messages that Rodney White has created.

One critic writes of Rodney White’s work, “The most amazing aspect of this work is that it isn’t created on a computer but on a canvas instead. I’m amazed by these wonderful typographical beauties. The retro feeling, grunch effect and nice color combinations make them really stand out. Most of his work contains meaningful messages. Rodney also uses different materials and techniques, mainly acrylic. Most of his paintings are on wood but some are on metallic and there is even one on a faux brick panel.”

This Georgian artist, now a New Yorker residing in Brooklyn, has an ever-growing audience buying and collecting his works. His popularity soared after his national exposure on television, and the past two years have been a turning point for this self-taught artist who hails from Augusta, Georgia.

Since 2004 Rodney White has also accumulated quite a list of credits for “Group Exhibitions” where his work has been admired. These include the following:

What does Rodney think about his exposure on network TV? “There seems to be some gravitational pull between my work and the ABC network. My work was chosen to appear on Extreme Makeover Home Edition with the Crawford Smith Family. A whopping 9 pieces were hanging in the home, AND you could actually see them on television. It was a total surprise to me. My mom called while I was in the middle of painting to tell me and almost immediately after the images were shown my phones start ringing off the hook with calls from friends and family saying that they saw it and people congratulating me. It was a big deal the first time and big deal again. What was seen on the show were canvas transfers of my paintings.”

If you ask Rodney what inspires him, he would say, “Everything. I see things everywhere and everyday that gives me some idea for my pieces. I love to visit flea markets and antique markets. I notice the natural aging of things around us. Billboard signs, buildings, packages, and aging paper catch my attention. I seek to replicate the rusting and decaying look of things I see.”

Where did his desire to be an artist all begin? He claims that he has dabbled in art since his pre-kindergarten days. He tells the story of rushing through his class work so that he could be the first one back to the scrap paper box in the classroom. In fact, he admits that he would fill the blank pages in the front and back of encyclopedias because he thought, “Those sheets were put there for me.”

When Rodney further explains his view on his own work, he shares his fascination with poetry, typography, advertising design and vintage signs. He says that by trying to encourage others to notice those things that he is, “learning, teaching, and inspiring.” In describing his work and its connection to the past, he says, “The past has always been something that I’ve felt we could/should learn from, and advertising has always been a reflection of the desires and societal norms that are driven into the hearts and minds of consumers. Well…what if those driven desires became more positively influential on our minds and inner beings? Thus, giving us something to take into the way we live our lives, and approach the world around us.”

Rodney has a love for the deterioration of things which includes objects and surfaces. He notices how things have developed and aged. He takes note of antique labels, old books and vintage posters which have that “experienced look.” Because he believes that art will be around a long time, he feels the best way to leave messages behind is through art.

Rodney also says that he gets inspiration from music, other artists, poets, and literature. He enjoys music of all kinds and says, “I’m working on a slight taste for country. And that doesn’t seem to be working out. It is much harder than I thought.” Other artists that he admires are: Sabrina Ward Harrison, Rik Catlow, Anja Kroenke, Tim Marrs, and Ashley Wood. Among the poets he reads are Saul Williams and Sabrina Ward Harrison.

When speaking of his friends, Rodney says, “A lot of my paintings come from what I write often in my Journal/Idea books. A lot of times my friends and the people I meet say the most brilliant things and they sometimes never mean them the way I hear them. Lucky me I guess.”

When asked about his interests, Rodney says, “I love furniture and dreaming up living spaces. Décor stuff. Movies, collecting and listening 2 music. Books (Angels, Aliens, Theology) and Writing. Learning to enjoy the small things about life – like walking in the sand barefoot. Riding my bike around the city. Daily getaways listening to my iPod. (I tend to really visit new places when I do this). Talking and making…connections with people. Learning about people and their stories. Everybody has them – not everybody has someone that wants to listen to them & DREAMING…Always Dreaming.”

This tutorial video demonstrate how to create an iOS style blur background by using Adobe Illustrator and a colorful stock photo.

The Bedford Gallery’s exhibit My Hero! explores the iconic world of superheroes, and the extraordinary characters that dominate pop culture. Artist Mel Ramos talks about his Superman painting that helped put pop art on the map. Show runs January 17 – March 20, 2016. 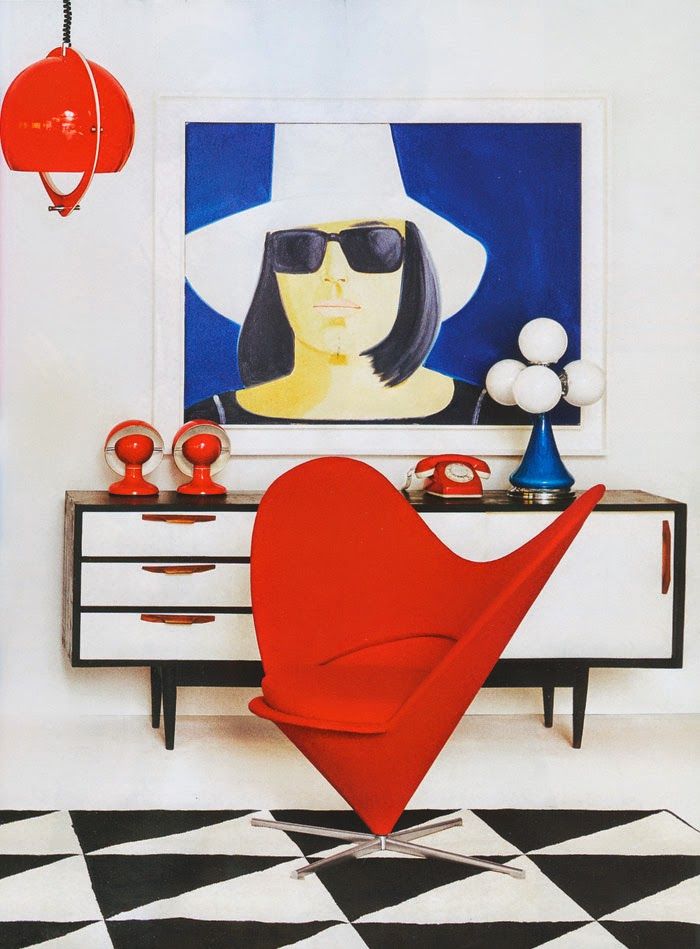 Tallit buyers, for the most part, can be divided into two kinds of people: those in the market for a traditional tallit and people who prefer a modern look. If you are the latter type, chances are you have no need for a handmade tallit, but simply need to find a quality wool black-on-white tallit. But for those in the market for a modern tallit, the options are very broad in terms of fabric, colors, styles and prices.

Most handmade tallits are sold as sets, with a matching bag and kippah included. The most common sizes are 20 x 80 inches, which is worn hanging down in front, and 50 x 80 inches (or 60 x 80 inches), which covers the back as well.

Wool has a classic look and is the fabric of choice from a halachic perspective. Cotton is a good alternative for those allergic to wool. Silk provides greater detail and higher sheen than wool.

Traditionally tallits are made with a white base. Galilee Silks (don’t let the name fool you – they make mostly wool tallits) starts with a white wool tallit and adds tastefully designed ornamentation and embroidery work to create a beautiful atara (neckband) with matching corners. Galilee Silks tallits are handcrafted in northern Israel at a Judaica textile studio headed by Shlomit Azati.

Gabrieli is among the leaders in the use of vibrant base colors, so if you would like a bold red or blue tallit, Gabrieli Hand Weaving is a good place to start. The world-famous Gabrieli tallit has been made in Israel on hand looms for over four decades.

Located in the Old City of Jerusalem, Weaving Creation makes exquisite hand-woven tallits using a luxurious cotton yarn. They specializing in bringing together a unique set of colors chosen by the customer.

Yair Emanuel Judaica, which is based in Jerusalem, is notable for their use of geometry. Note that they work in cotton and silk, but not wool. Their tallits are generally thin and lightweight. Yair Emanuel’s style incorporates a fusion of traditional motifs influenced by oriental and modern art. Designed and crafted at his Jerusalem studio, the Emanuel tallit features a unique combination of old and new, using vivid color schemes.

The typical range for handmade tallit prices is $200 to $600 for a complete set, depending of course on the size and fabric you choose.